Stereotypical views about women are changing in Russia, albeit very slowly.

Russian women are fighting about how they are viewed in Russia in new and unique ways. Here are classic Soviet films overprinted with somewhat progressive female retorts. Not exactly hilarious stuff but it is thought-provoking. I hope the over-macho male response from the Russian government is somewhat muted. 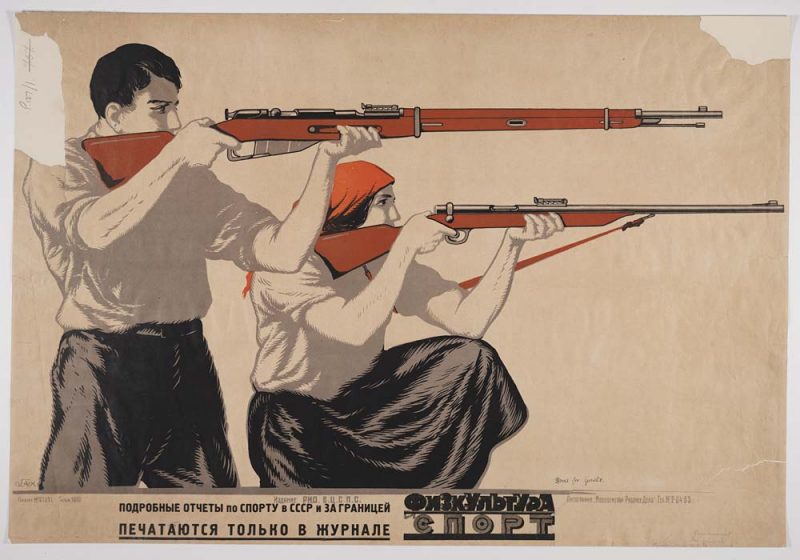 State propaganda emphasized the importance of gender equality, but Soviet women were expected to carry the double burden of full-time careers and taking care of their families  // National Library of Scotland, distributed under CC-BY-NC-SA

New Year’s Eve celebrations in Russia, a few post-Soviet countries and the diaspora abroad have a number of defining characteristics. One is the annual telethon of Soviet film classics such as Moscow Does Not Believe in Tears, a 1980 Mosfilm production which won the Academy Award for the Best Foreign Language Film and a few other accolades. The other absolute classic is The Irony of Fate (1976), traditionally broadcast on December 31 by a major national channel while millions of Russian families busily chop bucketloads of Olivier salad.

However, the generation of Russians born around that time, who are now in their mid-30s and early 40s, are increasingly finding these role models unsuitable for the modern age and their views downright insulting. Around New Year’s Eve time, Russian social media fills with critical posts from users who are suddenly discovering that their parents’ television favorites promote values that are far from progressive:

Let’s talk about “Moscow Does Not Believe in Tears.” So how do you find this message: you can become a factory director, a Moscow city council member, a successful mother (and a single one at that), but you’ve only achieved success in life when you’ve fed some soup to your boozed-up plumber boyfriend?

Such attitudes are still prevalent in Russia, so feminist collective Rosgendernadzor (a play on official organization acronyms meaning, roughly, Rusgenderwatch) summed up these modern frustrations in a series of screencaps from several Soviet film classics accompanied with captions that imagine how a character could have responded to a casually sexist or demeaning remark.

Here’s one from Moscow Does Not Believe in Tears where the female protagonist is pressured into having sex with a fashionable and well-connected young man above her current station who then abandons her when she gets pregnant.

Or this retort from The Irony of Fate, a highly acclaimed dramedy about two strangers in stable but unfulfilling relationships brought together by New Year’s Eve drunkenness and the ubiquity and uniformity of Soviet mass-produced public architecture:

Men’s repressed feelings are also cared for (this is from a 1972 comedy miniseries The Big School-Break, or The Long Recess, about a young teacher in an adult learning school):

The New Year’s festivities are approaching. 2019 is just around the corner but little has changed: the same snacks are on the table, the same movies are on the TV and the same views on men and women’s social roles remain in place. This new set of ‘those cards’ is about good ol’ Soviet cinema and gender stereotypes. We decided to butt in on dialogues in films typically shown on New Year’s to give the characters a chance to talk back when confronted with patriarchal views. Such views reinforce unequal relationships between men and women, and they’re not uncommon today. That means that our replies can help you too! Happy New Year!

The full set of modern takes on Soviet classics in English can be seen here. Some took the idea further:

In these images, each of the principal male character’s remarks such as “Keep in mind that I am going to make all the decisions on the simple basis of me being a man” are met with a curt “Why don’t you just f**k off then, Georgy.”