This article indicates the level of effort Russia will put forth to ensure that their Olympic team does not cheat.

Russia, however, lives in the world of cheating. If a Russian official is not lying, cheating, or stealing, something must be amiss.  In this case, the whistleblower impeded a doping effort by the Russian Olympic committee and were caught, at Sochi and elsewhere.

Instead of calling for doping-free sports, instead of trying to restore Russia’s reputation, Leonid Tyagachev, the head of Russia’s Olympic Committee from 2001 to 2010, is calling for the execution of the whistleblower.

Russia is reinforcing its bad-boy reputation, it’s inability to play well with others, and strengthening its already terrible stature as being untrustworthy.  Russia has lost the respect of the world and appears to be piling on more evidence every day.

One also wonders what it would take for the IOC to condemn Leonid Tyagachev. Calling for ostracism or proferring charges might be acceptable, but calling for his murder?

A top Russian Olympic official has said Grigory Rodchenkov, the whistleblower who alleged the country ran a systematic doping programme, should be executed.

“Rodchenkov should be shot for lying, like Stalin would have done,” said Leonid Tyagachev, who was the head of Russia’s Olympic Committee from 2001 to 2010 and remains its honorary president. He made the remarks in an interview with a Russian radio station. 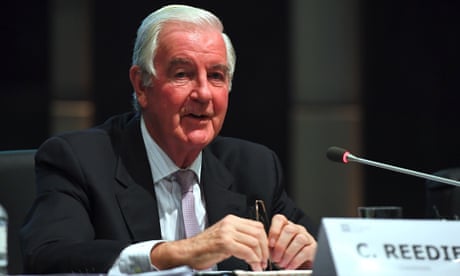 Rodchenkov was head of the Moscow anti-doping laboratory between 2005 and 2015, and caused a sensation last year when after fleeing to the US he claimed he had helped dozens of Russian athletes in a state-sponsored doping system that ran “like a Swiss watch”. He fed athletes cocktails of banned drugs dissolved in whisky or vermouth, he said.

Rodchenkov claimed that agents from Russia’s FSB security services helped anti-doping experts to switch clean urine samples for drug-tainted samples to fool testers, having found a way to break into bottles designed to be tamper-proof.

The revelations tainted Russia’s performance at its home Winter Olympics, where it topped the medals table with 33 medals, including 13 golds.

Two investigations commissioned by the World Anti-Doping Agency (Wada) revealed widespread state-sponsored doping in Russia and the International Olympic Committee will decide next month on whether Russian athletes can compete at the 2018 Winter Games in South Korea. Recently there have been reports that Rodchenkov has provided further evidence to investigators about the state-sponsored nature of the programme.

Earlier this week, Wada said it would not reinstate the Russian anti-doping agency’s rights to operate, as Russia had not yet fulfilled the demands made of it, including publicly admitting to the state-run nature of the programme.

Russian authorities have opened an investigation against Rodchenkov, and have portrayed Rodchenkov as a rogue figure, not part of a state-directed programme. Last week, a Russian television channel spoke with two Russian athletes who admitted to taking banned substances provided by Rodchenkov but the report painted Rodchenkov as an out-of-control maverick.

Tygachev said that Russian sport had proved it is clean and that if the IOC made unrealistic demands then Russia would simply boycott the Olympics.

“We are a strong enough country and we have shown the world how great we are in sport. It all shows that we are decent people on the right path and if people try to offend us unjustly, we don’t need them and we don’t need their Olympics. We are not going to beg on our knees.”

Tygachev’s call for Rodchenkov to be shot sounds extra chilling in light of the unexplained deaths of two of his colleagues. The former executive director of the Russian anti-doping agency, Nikita Kamayev, died last February from an apparent heart attack. He was 52 and had not complained of heart problems. He had reportedly contacted a journalist shortly before his death, offering to speak out about Russian doping. Vyacheslav Sinev, the agency’s general director between 2008 and 2010, died of unknown causes in the same month.