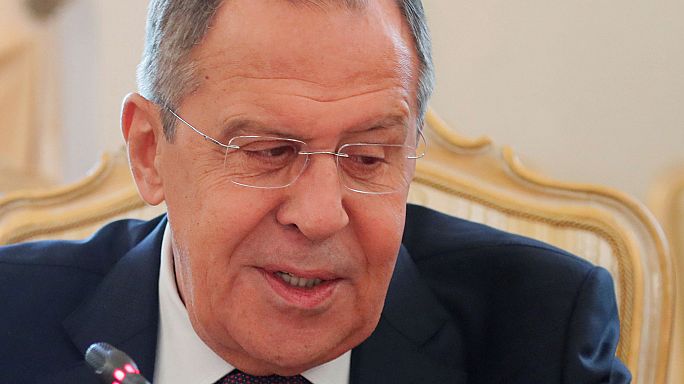 Russia’s initial action upon an accusation by anyone with credibility: deny, deny, deny.

Some analysts say that is confirmation that Russia actually did something, it’s a cathartic.  It’s their way of dealing with the cognitive dissonance.

The Spanish government accused the Kremlin of trying to “destabilize Spain” by encouraging Catalonia’s independence.

During a press conference, Lavrov said accusations come from places that haven’t entirely resolved their internal problems, like Madrid and London.

Earlier this week, Britain’s PM Theresa May accused Russia of “planting fake stories” to “sow discord in the West.”

The Kremlin’s spokesman, Dmitri Peskov, also denounced the accusations during a press conference: “Neither the Spanish authorities nor NATO have presented a substantial argument for these accusations. This is why we consider the accusations to be baseless and come from the same hysteria that has taken over the United States and other countries.”

The Spanish government has been careful in their accusations, acknowledging they don’t have any “formal proof” that the Russian government was behind Catalonia’s bid for independence. However, the Spanish did take seriously the social media campaign that allegedly originated in Russia. Spain’s Minister of Foreign Affairs, Alfonso Datis, tweeted he would bring up the “misinformation campaign” with the European Union.

A study by the Royalty Institute Elcano points to the dissemination of fake news on social media and an “alternative point of view” about the crisis in Catalonia on state-owned Russian media Russia Today and Sputnik.

Other cited evidence is a study done by media professor Javier Lesaca, who analysed the origin and content of five million messages on social media.

Spanish media has also alluded to Julian Assange and Edward Snowden’s implication on the matter since Assange recently tweeted his interest for the crisis in Catalonia due to the “repressive politics” used by Madrid, which in his opinion resemble the Wikileaks’ plight.

Attacks on Catalonia: Exactly the same.

For their part, Russians have mocked the accusations.

The Russians ambassador in Spain has classified Spanish media reporting on the accusation as “populists.”