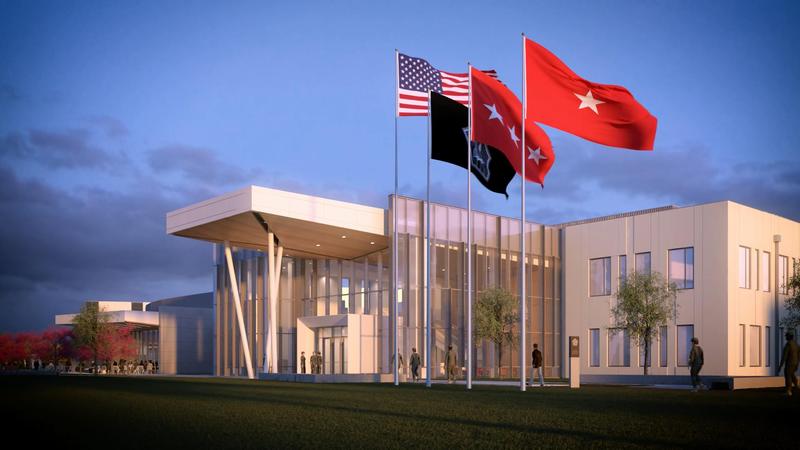 Lt. Gen. Paul M. Nakasone says he is baffled by complaints that tech-minded young people are not interested in government service.

He believes the problem is not disinterest but rather a lack of awareness of the opportunities that the military offers, especially in cybersecurity.

“The feedback we get is: ‘You’re downplaying what you’re doing as a mission,'” said Nakasone, commanding general of U.S. Army Cyber Command.

“We are trying to improve our messaging,” he said last week at the Defense One Tech Summit in Washington, D.C.

Nakasone assumed command in October 2016 after serving as a top intelligence officer in Afghanistan. The Army stood up its cyber command in 2010 as part of the larger U.S. Cyber Command.

The military is trying to be more creative in how it markets itself to potential tech talent, he said. Although the best and brightest college grads tend to be lured by big-money jobs in the private sector, there are many young people who are drawn to the military life and its culture. Recently, Army Cyber Command invited hackers to break into a network and promised those who succeeded would be invited to join the organization, said Nakasone. About 800,000 gave it a shot, and 1 percent of them actually delivered the goods.

“It’s a little bit different from how we did recruiting in the past,” said Nakasone. The command frequently posts YouTube videos that get millions of viewers, which is one way to “generate excitement,” he said. “We are looking for talent just like everyone else.”

Nakasone dodged questions on whether Russia’s hacking may or may not impact his recruiting efforts. “We find a lot of interest in what the DoD is doing,” he said. “We do some interesting things. We have some unique authorities,” he added. “There is a general sense that people want to serve, whether it’s in a military or civilian capacity.”

Congress deserves kudos for giving the Pentagon new “direct hire” authorities to bring in qualified civilians, he said. Selected candidates would be allowed to bypass certain requirements and be commissioned directly into the service as mid-grade officers, with a rank up to colonel. Congress included that language in last year’s National Defense Authorization Act. “It has been helpful,” said Nakasone. “The Army is moving out in the coming months with direct commissioning. We need talent.”

The needs are wide ranging, from defending networks to offensive cyber war. “We are now doing offensive cyber ops against ISIS,” Nakasone said of the Islamic State in Iraq and Syria. “We’re contesting their movement in cyberspace,” he said. “We provide support (to Iraq and Syria) on a daily basis.”

Cyber teams recently have been embedded in training rotations with Army combat brigades. “We looked at how to defend networks and how commanders deal with social media,” he said. The command this year will receive 60 newly minted lieutenants: 30 from West Point and 30 from ROTC programs. “That’s our future,” said Nakasone. The Army wants to merge cyber warriors with regular combat units, in recognition that cyber warfare is now part of mainstream combat operations.

The service also is changing personnel policies to boost retention and keep its most qualified people from being poached by the private sector. “If you come in now you can work cyber your entire career,” he said.

Army Cyber Command supports a million users around the globe. It is responsible for 41 of the 133 teams that U.S. Cyber Command is assembling.

As of today, the 133 teams make up a force of about 5,000, expected to grow to 6,200 by next year. About 70 percent of the teams are fully trained and equipped. The budget for the National Security Agency and Cyber Command is growing to meet these demands. The Trump administration is seeking $647 million for fiscal year 2018, a nearly 16 percent increase from 2017.

Each team is about 80 percent military, 20 percent civilians. “That 20 percent is critical for long-term stability,” he said.

Efforts to build cyber forces come as Defense Secretary Jim Mattis continues to press the military services to step up their game. Mattis recently asked a panel of advisers known as the Defense Innovation Board to recommend ways to identify vulnerabilities in military networks faster and develop more responsive measures.

Mattis also is looking into whether the National Security Agency and Cyber Command, which currently operate as a single unit, should be broken up so Cyber Command can operate independently as a war-fighting organization.

At the Defense One forum, Nakasone repeatedly was asked for his reaction to Russia’s hacking and information-warfare activities. He said these revelations should be “put in perspective.”

This is not the first nor will it be the last cyberattack the United States will suffer, he said. “This is the state that we live in as a nation. This environment is one that we have to be prepared for.”

“Should Russia’s attack be considered an act of war?” asked Defense One’s Kevin Baron. Nakasone’s response: “That’s a presidential decision. Our role is to provide options.”

National Security Director and U.S. Cyber Command chief Adm. Michael Rogers has called Russia’s cyber operations “destabilizing.” During exchanges with lawmakers on Capitol Hill, Rogers appeared to be in agreement with the U.S. intelligence community that Russia’s election interference is likely to be a new normal.

Sandra Erwin is a national security and defense reporter for RealClearDefense. She can be reached at serwin@realcleardefense.com. Follow Sandra on Twitter @Sandra_I_Erwin.

One thought on “Military Steps Up Recruiting of Cyberwarriors”