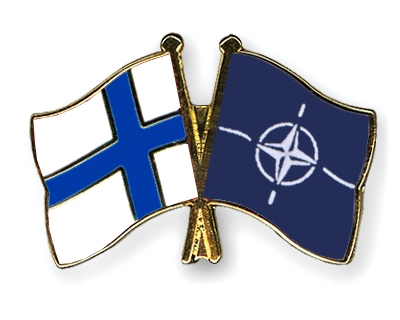 A great friend, an esteemed Finnish scholar, and a leader in Finland’s defense community wrote this on 5 July 2017:

Finland would be a great NATO member state

My initial gut reaction is, yes, this would be a great idea!  Finland beat the snot out of the Soviets during World War II, despite the Soviet Union’s overwhelming numbers. Finland finally succumbed the Winter War and signed the Moscow Peace Treaty.  I believe the ratio of Russians killed to Finns was close to about 100:1.  Later, Finland fought back against Russia and won, with German help. Finally, Finland fought against the Nazis and kicked them out by April 1945. Finland signed the Agreement of Friendship, Cooperation, and Mutual Assistance (YYA Treaty) with the Soviet Union, who regarded them as a neutral country.  I have major respect for Finland.

The subject has been the topic of much debate and discussions within Finland, but it would mean a few things.

It is very interesting, there appear to be two parts of this debate on Facebook.

Finland participates in nearly all sub-areas of the Partnership for Peace programme, and has provided peacekeeping forces to both the Afghanistan and Kosovo missions. The possibility of Finland’s membership in NATO was one of the most important issues debated in relation to the Finnish presidential election of 2006, and continues to be a significant issue in Finnish politics. In 2007, Finland made various technical preparations for membership, with the then Defence Minister Jyri Häkämies eager to pursue NATO membership. Nevertheless, public interest in the issue has since decreased. In April 2014, the government announced that they would sign a “Memorandum of Understanding” with NATO on Finland’s readiness to receive military assistance and to aid NATO in equipment maintenance. However, Defence Minister Carl Haglund emphasized that this memorandum would not be a step towards membership.

Out of the major Finnish political parties, the National Coalition Party and Swedish People’s Party of Finland support NATO membership. In 2016, the party conference of the National Coalition Party agreed that Finland should apply for membership in the “following years”. In the vision of the Swedish People’s Party of Finland, Finland will be a NATO member in 2025. Many individual politicians have advocated for NATO as well, including the current President Sauli Niinistö and former Prime Minister Alexander Stubb, as well as former President Martti Ahtisaari, who has argued that Finland should join all the organizations supported by other Western democracies in order “to shrug off once and for all the burden of Finlandization.” Two other former presidents from the Social Democratic Party, Tarja Halonen and Mauno Koivisto, have publicly opposed the idea, arguing that NATO membership would deteriorate Finland’s relations with Russia.

Finland has received some very critical feedback from Russia for even considering the possibility of joining NATO, with a 2009 study suggesting this could have repercussions for Russia’s relations with the EU and NATO as a whole. Following the 2008 Russo-Georgian War, Finnish Prime Minister Matti Vanhanen reiterated that Finland had no plans to join NATO, and stated that the main lesson of the war was the need for closer ties to Russia. In a June 2014 interview in the Finnish newspaper Hufvudstadsbladet, Vladimir Putin’s personal envoy Sergey Alexandrovich Markov accused Finland of extreme “Russophobia” and suggested that Finland joining NATO could start World War III. In July 2016, Putin stated on a visit to Finland, that Russia would increase the amount of troops on the Finnish border if Finland were to join NATO. He also warned that NATO would “fight to the last Finn against Russia”.

A survey conducted by Finnish pollster EVA in January 2015 found that 43 percent of Finns polled opposed NATO membership, while 26 percent supported and 32 percent were undecided. EVA has noted a downward trend in the percent opposed that started in 1998, including a steep decline after the 2012 presidential election. In March 2014, during Russia’s annexation of Crimea, one survey showed only 22 percent supported membership, though a second showed that 53 percent would support membership if Finnish leadership recommended it. Support for a military alliance with neighbor Sweden was also high, at 54 percent, and Finland could possibly seek an enlarged role for NORDEFCO. Finnish Minister of Defence Carl Haglund suggested that a referendum on NATO membership could be held sometime after the 2015 parliamentary election.

3 thoughts on “Finland would be a great NATO member state”